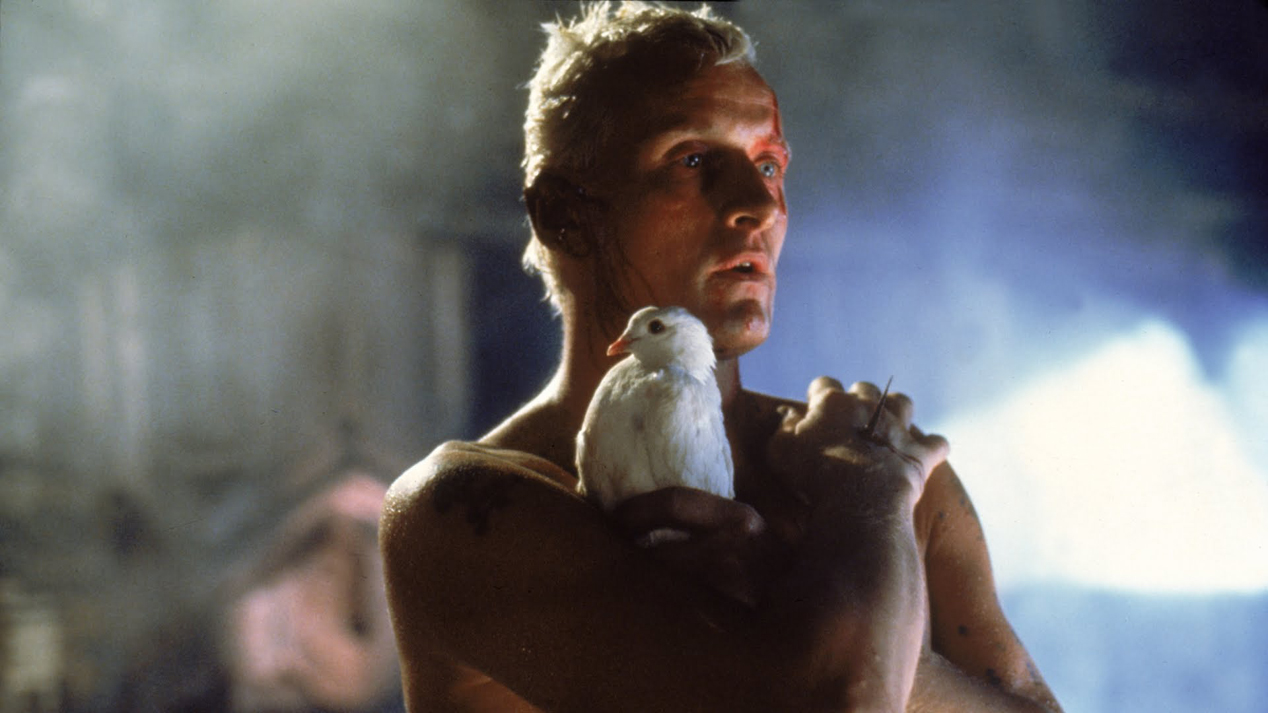 Ryan Gosling joins Harrison Ford in this new chapter of the Sci-Fi classic, which is set to premiere October 6, 2017 in USA and UK (a day sooner in other countries and in November in Japan).

But, now, let’s remember (“Deckard: Memories! You’re talking about memories!” – Oh yes, it’s all about memories…) the original cult classic from 1982 (a winning combination of outstanding plot-cast-cinematography-effects-soundtrack), based on the novel ‘Do Androids Dream of Electric Sheep?’ (1968) by Philip K. Dick, which has served as reference to many professional Sci-Fi film directors, writers and producers for the past 30 years.

Retired police officer Rick Deckard (Harrison Ford) is detained at a noodle bar by officer Gaff (Edward James Olmos). Gaff takes Deckard to see his former supervisor, Bryant (M. Emmet Walsh). Deckard’s former job, as a ‘Blade Runner’, was to track down replicants (bioengineered robots) and “retire” them, which is the politically correct term for “elimination”.

Bryant wants Deckard back in the job, in order to retire six replicants, among which are Leon (Brion James), Roy Batty (Rutger Hauer), Zhora (Joanna Cassidy) and Pris (Daryl Hannah).

Deckard, teamed with Gaff, is sent to the Tyrell Corporation to ensure that the Voight-Kampff test (which helps to distinguish humans from replicants, based on their empathic response to questions) works on Nexus-6 models.

While at the Tyrell Corporation, Deckard discovers that Tyrell‘s (Joe Turkel) assistant Rachael (Sean Young) is an experimental replicant who believes to be human; Rachael’s mind has been enhanced with extra memories, to provide an “emotional cushion”.’

This encounter provides the plot with yet another layer of emotion, as both Rachel and Deckard discover much about each other and about themselves in this exciting journey embedded in a dark ambience, tinted by neon lights and wrapped in wire, rain and plastic.

Vangelis is behind the sublime music score that envelopes this futurist tale, forever tattooed in our own retinas. Selecting the cast was not an easy task, particularly for the lead role of Deckard. Names like Robert Mitchum, Dustin Hoffman, Gene Hackman, Sean Connery, Jack Nicholson, Paul Newman, Clint Eastwood, Tommy Lee Jones, Arnold Schwarzenegger, Al Pacino, and Burt Reynolds were considered. It was due to the fact that Harrison Ford had already worked in Sci-Fi (in two of the successful Star Wars movies), his avid interest in the story of ‘Blade Runner’, along with the praise by Steven Spielberg, that he finally landed the role. His participation was secured for the new movie, too. Though, it’s well known in the industry that Ford and Scott had a hard time working together in the original, especially when it came to the subject of the voice overs to the narration of the film, something that Ford found to be unnecessary to the effectiveness of the plot, years later, both had no problem in recognising each other’s talents, putting their differences behind and talking of their working relationship just as another humorous anecdote to remember:

“Who’s the biggest pain in the arse you’ve ever worked with?”

Ridley Scott (Some of the movies he has directed include: Alien, Blade Runner, Thelma & Louise, Gladiator, Hannibal, Black Hawk Down, Prometheus, The Martian…) replied:

“It’s got to be Harrison… he’ll forgive me because now I get on with him. Now he’s become charming. But he knows a lot, that’s the problem. When we worked together it was my first film up and I was the new kid on the block. But we made a good movie”.

A “good movie”, as Scott describes it, Blade Runner went to win numerous awards, including Academy Awards®, Bafta Awards and Golden Globes, from the year it was released, 1982, to 2008 (the latter on the occasion of its DVD Special Edition Release).

It wasn’t a box-office hit at the time of its first run on the big screen, though, for it had to share the spotlight with other major productions such as ‘The Thing’, ‘Star Trek II: The Wrath of Khan’, and, most significantly,’ E.T. the Extra-Terrestrial’, which dominated ticket sales that summer.

Yet, it certainly is an all-time winner for both film lovers and critics who especially appreciate a thought-provoking and original plot coupled with stunning cinematography and a refined musical taste. And with regards to its, amazing at the time, non-digitalised, special effects, it should also be said that the film was named in 2007 ‘the 2nd most visually influential film of all time’ by the Visual Effects Society.

It is for these and other reasons that (and despite the excitement I feel about the new chapter) my heart will forever resonate with the following truth: there’s only one Blade Runner.

“This is a once in a lifetime project for us.”

“Everything Ridley does as a filmmaker is fresh. I believe he sees an opportunity to create something that’s wholly original from the first Blade Runner.”

“This is a total reinvention, and in my mind that means doing everything fresh…”__Andrew Kosove

For more on Philip K. Dick, author of the novel that was the literary source of the film, visit:
wiki/Philip_K._Dick >