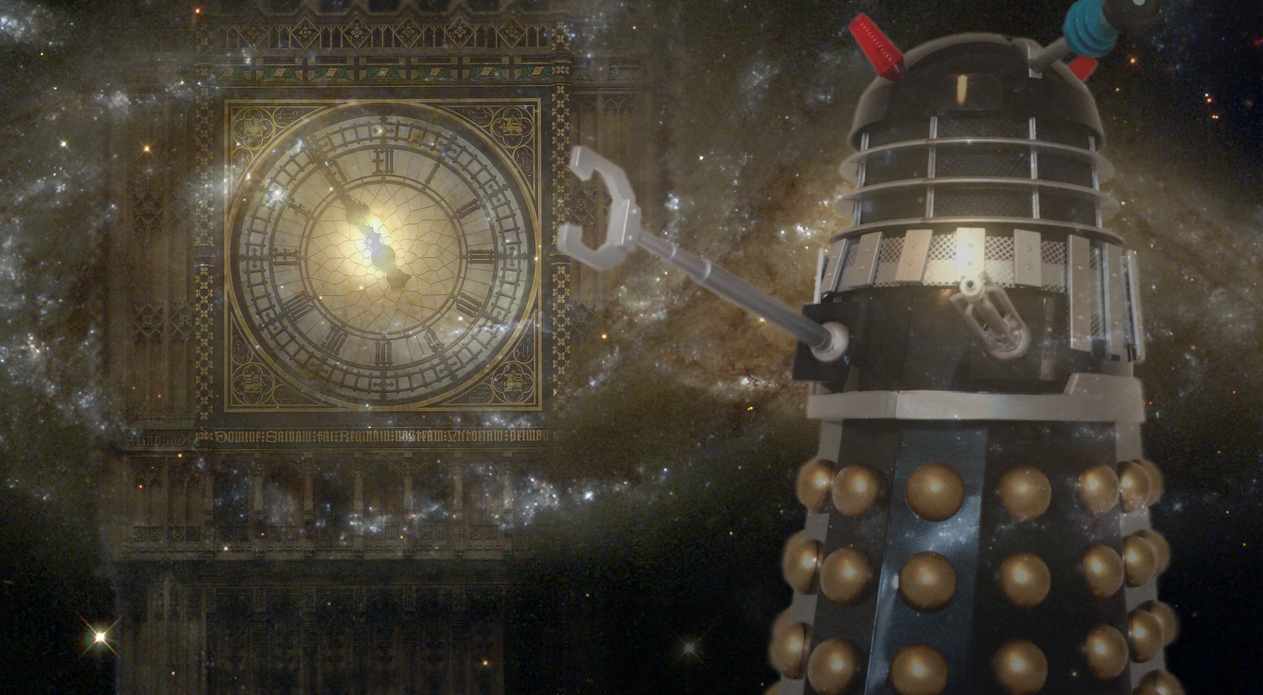 Colin Teague, the only one to have directed various episodes of Doctor Who and both its spin-offs, Torchwood and The Sarah Jane Adventures, is also famous for his brilliant work in Holby City, the very popular and BAFTA nominated Being Human, for which he directed several of the most exciting episodes of the first, second & third seasons, and the also very popular The White Queen, which earned three Golden Globe nominations. His last completed movie, Dragonheart 3: The Sorcerer’s Curse, produced by Raffaella De Laurentiis (Dune, Dragon: The Bruce Lee Story, Dragonheart, The Forbidden Kingdom), and starred by Julian Morris (New Girl, Once Upon a Time, Pretty Little Liars, 24, ER…) with the mighty Ben Kingsley as the voice of Drago the dragon, was released on February 10, 2015 on Digital HD and February 24, 2015 on DVD and Blu-Ray.

Not only a fine director, but also a producer, writer and actor, this BAFTA & Golden Globe nominated all-round professional has written for films such as: Shooters, Spivs and The Last Drop (with Jack Dee, Nick Moran, Billy Zane, Neil Jackson, Michael Madsen and Alexander Skarsgård).

Charming, witty and generous, Colin found time in his very busy schedule to dedicate to this interview for your enjoyment, which immediately placed him on my list of ‘earthly angels that can do no wrong’.

SRM: Colin, many thanks for taking the time for this interview, I am delighted with your participation. You have directed some of the most iconic and successful sci-fi/fantasy series of British television, as well as quality long-running drama series. What were your main interests in childhood? Did you arrive at directing by vocation or by accident?

COLIN TEAGUE: Most of my teenage years were spent wondering down the local off licence (which back then doubled as the video shop) and hiring out the latest vhs – Sergio Leone ‘Spaghetti Westerns’ were a big influence, John Boorman’s Deliverance really made an impression, early Cronenberg, Rabid, Shivers, Scanners, the Dead Zone, and Sam Raimi’s The Evil Dead. Then once we were old enough to go into town, our Saturdays were spent at the Wycombe cinema (AKA the fleapit) watching amongst others Mad Max, Gregory’s Girl and Lindsay Anderson’s brilliant ‘If’ and ‘This Sporting Life’. I never once contemplated a career in filmmaking, though I did find an outlet in drama which the teacher thought I should possibly pursue…

SRM: There are some fine teachers out there, aren’t there? What techniques through camera angles do you use the most, in order to achieve a feeling of ‘realism’ for the audience?

COLIN TEAGUE: I do quite a bit of preparation in the lead up to a shoot deciding on tone, general look and style, which then informs in the way I approach the drama.  The Truth, is something I’m always looking for through the lens, albeit an intimate moment between father and son or a raging volcano about to erupt – the actors must truly put themselves in the moment and I then hopefully orchestrate the camera to enhance the realism in this moment.

SRM: Being one of the few directors to have worked in all three BBC series, Doctor Who, Torchwood and the pilot episode of Sarah Jane Adventures, which do you recall as being the most challenging and why?

COLIN TEAGUE: I wouldn’t want to highlight a particular episode.. when you’ve been asked to ‘bring back ‘The Master,’ re-create the fall of Pompeii, Blow up half of Cardiff, ‘Save the World from Extraterrestrials’.. And again…and again..its pretty tough to recall the most challenging…

SRM: Fair enough. Having watched the aforementioned Doctor Who prior to your involvement, had you ever imagined yourself directing such iconic series and did the responsibility of such “iconicity” make you nervous at any point?

COLIN TEAGUE: Mum still teases me with her memory of me hiding behind the sofa as Tom Baker (my Doctor) seeks to outwit either Davros or the Master back in the 70”s. Then as an adult, when Russell T Davis first approached me to bring back ‘The Master’ I must have wondered around for about a month with the biggest grin… it took a couple of weeks before I could actually focus on the job in hand.

I ended up re-watching all the previous Doctor/Master encounters (some of which I’d never seen before) and picking out key details which I then fed into the new incarnation.. Was I nervous, who wouldn’t have been, but boy did I enjoy myself.

SRM: Being Human was another British TV Phenomenon exported to the US. Which episodes were under your direction on series 3, and did you experiment with new techniques for the series? COLIN TEAGUE: Loving the British TV Phenomenon tag! I directed three episodes within the eight part series 3; as far as new techniques, I really wanted to up our game with the look of the show and so we switched cameras to the Arri D21, resulting into something both the producer, dop, and myself were really pleased and excited with.

SRM: Did you ever see the famous ‘ghost’ on the set of BH?

COLIN TEAGUE: The ghost is a fallacy (sorry), something some of the crew thought would be fun to post… (obviously not me).

SRM: Another myth debunked. Talking about myths (or not myths…), here’s the official trailer for Dragonheart 3: The Sorcerers’ Curse. Dragons!