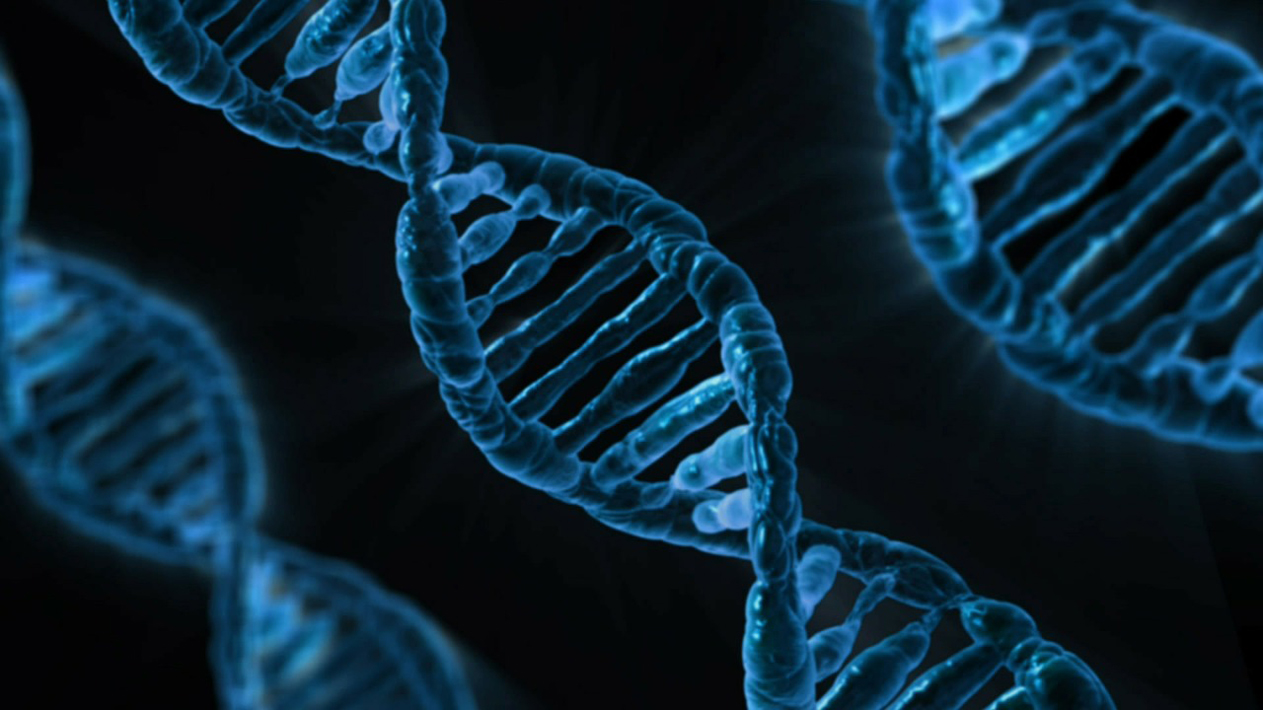 Professor GEORGE J. ANNAS (William Fairfield Warren Distinguished Professor, Health Law, Bioethics & Human Rights – Boston University School of Public Health) is a fellow of the American Association for the Advancement of Science, a member of the Institute of Medicine, co-chair of the American Bar Association’s Committee on Health Rights and Bioethics and a member of the Committee on Human Rights of the National Academies.

He is also co-founder of Global Lawyers and Physicians, a transnational professional association of lawyers and physicians working together to promote human rights and health.

He has degrees from Harvard College, Harvard Law School and Harvard School of Public Health, where he was a Joseph P. Kennedy Fellow in Medical Ethics.

Prof. Annas has authored and edited over sixteen books on health law and bioethics, some of which are:

We are on the highway of genetic manipulation, cloning and molecular biotechnology, to the final destination of the engineering of all life.

Today, genetically modified seeds are being promoted to farmers, we have already cloned animals and are, in fact, in the early stages of manipulating human embryos in order to design our progeny.

It would be profoundly unfair to say that all our medical, scientific and technical advancements in this area are being pursued for the sake of power, notoriety and financial gain. The fact is that most of our doctors, scientists and engineers chose their specialties and poured their lives into their particular research because they genuinely wanted to prevent and end human suffering such as disease, physical pain, thirst, hunger, devastation, impediments, desolation, etc.

Imagine if the agriculture of all countries belonged to a handful of corporations.

Imagine if racism, classicism and discrimination were accented by wiping out most of our diversity, instead of being finally eradicated.

Imagine if compassion, understanding, tolerance, surprise, discovery, exploration, learning, thrill, all stopped making sense, all disappeared from our dictionaries because they simply no longer applied.

Imagine if, unfortunately, the above did not require much imagination, but simple observation.

Crossing a threshold that would forever change life as we know it, that would change many emotions as we know them, that would radically alter the human in us… requires careful, constant and consistent in-depth study of information made available globally and thus, a consensus by a vast majority, worldwide.

I had the privilege to interview distinguished Professor George J. Annas, a reputed expert in the field of genetic engineering and its health, social and human rights implications.

SRM:  Professor, thank you very much for taking the time to respond to our questions, we are honoured. Would you please share what your general views are on genetic manipulation and biotechnology with regards to their application to Health?

PROF. GEORGE J. ANNAS:  Biotechnology is a worthwhile endeavour to the extent that it can improve the quality of human life and increase healthy lifespan. This should be all of our expectation of the biotechnology project itself. And it should necessarily also be the goal of the major on-going biotechnology projects. Some that merit specific public attention and oversight include the current iteration of the human genome project – the dream of personalized medicine, organ and tissue transplantation, the development of artificial organs and tissues,  stem cell research for regenerative medicine, and perhaps most importantly, the development of effective vaccines to prevent disease, especially epidemic diseases like the annual flu and HIV/AIDS, as well as new diseases created in the laboratory for use as bio-weapons.

It has also become well-recognized that as a matter of equity and social justice, it is predictably de-stabilizing for society to foster the creation of new biotechnologies that are only affordable and available to a small percentage of the population. That is because this will inevitably deepen the gap between the rich and the poor in ways that are ultimately unsustainable and are inherently unjust.

SRM: What about their application to Agriculture and Food Supply?

PROF. GEORGE J. ANNAS:  My own work has been focused on humans, including what kind of a world we are building for ourselves and our children. This includes most relevantly for our discussion what experiments on humans (including, of course, children) are reasonable, and what level of social discussion and approval we should require before human experiments, including genetic experiments, are permitted. Humans have rights and interests, plants and animals don’t. Nonetheless, to the extent that we try out our ideas about what we think might be appropriate to do to humans on animals, anyone concerned with the future of the human species should be concerned with the types of manipulations we permit and even encourage on animals.

For example, cloning (asexual reproduction) has not been (thankfully I think) performed in humans. Nor did anyone seriously propose a human experiment until after Ian Wilmut successfully cloned a mammal, creating Dolly the sheep.  Since then we have witnessed the cloning of a variety of animal species, and this has led at least some fringe groups to endorse the cloning of humans.  Perhaps we have simply been lucky that there is no real gain in cloning humans (because it can’t create anything better than what already exists, only a genetic duplicate), so that even the biotechnology industry came out strongly against human cloning shortly after Dolly was announced (as did Ian Wilmut himself)

SRM:  From your knowledge, how far are we into human genetic engineering?

PROF. GEORGE J. ANNAS: We are not terribly far along at all with humans, but as I have already suggested, work is continuing on animals that, if successful, will tempt at least some scientists to try it on humans. We have seen some stunning developments in primates. Japanese investigators reported on the world’s first successful germline modification of a primate, a New World marmoset. They inserted a foreign gene into the marmoset embryo (the gene coding for green florescent protein, or GFP) and produced marmosets that incorporated this gene into some of their tissues. This part had been done before. What was novel is that sperm taken from one of the resulting marmosets was used to create a new embryo, which was gestated by a “surrogate mother” who gave birth to a transgenic marmoset—the first time a transgenically altered primate had been able to produce an offspring that also exhibited an added gene.

A second experiment involved the transfer of the nuclear genetic material from an egg with defective mitochondrial DNA into an egg with healthy mitochondrial DNA, and the subsequent birth of healthy rhesus macaque monkeys with three genetic parents (having genes from the sperm, nucleus of one egg, and mitochondrial DNA from another egg). Predictably perhaps, an accompanying editorial in the issue of Nature in which this research was published suggested serious consideration to applying the technique to humans because “it has the potential to give more couples the chance of having healthy babies.” The editorial also concluded that complete categorical bans on such technologies might simply “impede programs and encourage unethical practices.” These experiments, although not as dramatic as Dolly the sheep in the public’s imagination, afford us an opportunity to re-open the public debate about what limits we should place on human genetic engineering.

SRM: What major implications do you think that human genetic engineering would have for the majority of people?

PROF. GEORGE J. ANNAS:  That’s a great question, and of course there is some degree of speculation in the answer. First, we need to be specific about what we mean by “human genetic engineering.” Mostly we are discussing genetic engineering on existing human beings with medical problems and trying to solve them with genetic engineering involved in, for example, using embryonic stem cells to create new nerve tissue or new heart tissue. Much more problematic are the issues raised by germline genetic modifications (such as the novel gene introduced into the marmoset embryo) that can be inherited by offspring. Almost every legitimate genetic researcher is categorically opposed to attempting this type of manipulation in a human. This is primarily because it would be an inherently dangerous experiment on the resulting child, and there is nothing we know at this point that could make it a safe experiment that a parent could legitimately consent to on behalf of the planned child.

But there are other reasons to be concerned about inheritable genetic experiments as well. Either such genetic manipulation will produce “better” or even “super babies”, or it will not. If it won’t work, it’s certainly not worth doing. If, on the other hand, there is at least a remote possibility that it will produce what we could term “super babies” that in turn have their own similarly-endowed super-babies, then we are on the road to what I have termed “genetic genocide.”

This is because these new super humans—sometimes termed “trans-humans”—will ultimately see themselves (or we “normals” will see them) as a new species (or subspecies) of humans who have the moral right (or just the ability) to treat us “normals” as less than human. And even if they do not, the “normals” may come to see the “supers” as such a threat to their own future as to justify killing them in self-defense. One may, of course, find this scenario fanciful, and more science fiction (like H.G. Wells’ Time Machine) than science fact or possibility. Nonetheless, the overall concern that creating a modified human could negatively impact on our concept of human rights remains.

This is because to the extent that our current concept of human rights is grounded in our current views of what it is to be human—and to be a member of the human species—changing the definition of human by changing fundamental human characteristics (such as the necessity of sexual reproduction, which would no longer be necessary, for example, with the introduction of human cloning), could provide new excuses for discrimination at best, and put the survival of the species itself at risk of extinction at worst.

In a debate on this proposition a few years ago at Yale, my opponent stated in frustration, “I don’t care about the human species.”

I think we should.

SRM: Wow… Your opponent did not feel very human that day, I guess. Yes, we should, indeed.

Can you foresee any involvement from human rights organisations in order to inform the general public and bring some control into current proceedings?

Of course, with real genocides continuing in the world, this is not an easy sell. More direct education work is being done by NGOs such as the Council for Responsible Genetics (which I have worked with) in Cambridge, Massachusetts, whose name very well expresses its mission. We need more such entities, as well as organizations that work specifically on influencing biotechnology corporations to take human rights seriously in their work.

SRM:  Would this be a political or health issue?

PROF. GEORGE J. ANNAS:  It’s not really either/or.  Protecting the health of the citizenry, both nationally and globally, is a political obligation of governments.  Likewise, a healthy population is a pre-requisite to a healthy democracy.  On the other hand, an over-identification of the government or “body politic” with the health of the population can have devastating and deadly effects on individual lives, as National Socialism’s obsession with the superiority of Aryan blood lines and the bio-politics of the body so devastatingly demonstrated.

Governments are obligated to provide the conditions under which people can be healthy (one definition of “public health”), but should not have the power to require people to live up to some ideal of health imposed by government fiat.

SRM:  Clearly and beautifully expressed. Professor Annas, which of your available publications would you specially recommend, so we can acquire more information?

SRM: Thank you so much again for your time, your invaluable knowledge and expertise Professor; it’s been extremely informative and a real pleasure.