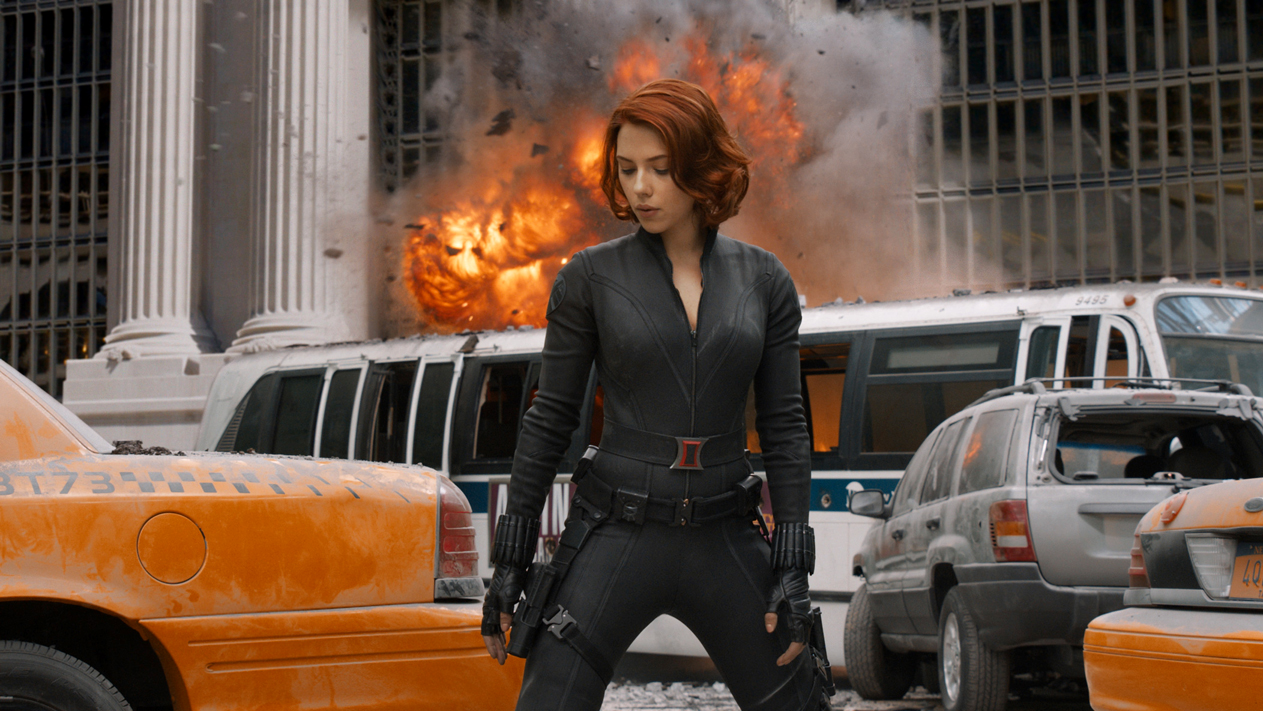 Ryan J. Woodward
With a filmography of over 20 blockbuster and all time classic titles and a reputation for extraordinary conceptual skills and an acute sense of motion and special effects, Ryan J Woodward acts and lives like the down-to-earth fella who breathes and transpires a never-ending passion for art and creation in all its forms. Charismatic, hardworking and a self-described eternal student, despite the fact that he is a master in more than one artistic discipline, Woodward is one of Hollywood’s best kept secrets. That is, until Google discovered Thought Of You…
SRM: Ryan, it’s a great pleasure to interview you, thank you very much for your time.  Please, tell us a bit about your background, when did you start developing an interest in the arts?  Do you come from an artistic family?

RYAN J WOODWARD: Thank you. I am honoured to participate. I’ve always been a drawer of sorts. Ever since I was a little kid, I drew superheroes, read comic books, and created sci-fi adventures that only my little wild imagination would go on. My early teachers would always get me to paint still life’s and other forms of more “refined” art, but I seemed to always put a twist to my drawings like adding in some demon horns, super powers or glowing eyes to my projects. I always knew I’d do something with drawing and animation, but didn’t really know how or if I could even make any money at it. In fact, when I met my wife at college, I told her I was going to be a poor starving artist for the rest of my life because I didn’t care about how much I was going to make, I just wanted to draw and create stories. Luckily she still married me (going on 17 years now!) and while I’m not the richest guy on the block, I’m not a starving artist either. My family isn’t very artistic.  My mom appreciates it and actually draws well, but I think I worried my father quite a bit when I expressed my early artistic interests. I think he’s still worried about me. 🙂

SRM: He really shouldn’t… One of your works that most captivated my imagination was the original and enchanting Thought of You, which I discovered by following your also fantastic animation work for the Google Doodle logo on Martha Graham. By the way, did Google commission you this project or was it already made due to your interest in dance?

RYAN J WOODWARD: The Doodle team at Google.com saw my film, Thought of You, and they felt that it would be a good fit for the upcoming birthday of Martha Graham. I was flattered and honoured to accept the invitation to be able to work with the Martha Graham Dance Company to create this little animation.  I learned a lot about Martha Graham from doing this and feel like we really worked hard to capture iconic dance moves that represent her and her works of art.

SRM: Well, needless to say that your hard work paid off, you did exceedingly well at capturing the essence of her dance art. Had you always done figurative animation?

RYAN J WOODWARD: Yes. I’ve been figure drawing since I was 16 and have never really stopped. It’s one of those practices that animators do for their entire lives. We never really get “great” at it, but the experience of trying to capture so much beauty, design, and form in a single drawing is very challenging and humbling. I’ve also been teaching figure drawing for about 8 years and the desire to put some of these drawings in motion has been picking at me slowly but I never really could figure out the context to do it until Thought of You.

SRM: Thought of You is about idealising a romantic interest, about chasing them in that idealisation, longing for them and finally realising their own humanity and frailty. It’s almost unbelievable the wonderful skill you have for imbuing the drawings’ movement and expression with this range of feelings and all the emotions in between. You have trained, as you have just mentioned, and are, in fact, a master at figure drawing and animation but, and as I also mentioned earlier, you have also been inspired by dance.

What type of dance does inspire you the most? What other disciplines can help, by observation, in the intuitive capture of the human expression when re-creating it in drawing and animation?

RYAN J WOODWARD: I absolutely LOVE dance. I wish I was a better dancer myself. I dance with my little girls and my wife at times when we have our own little dance parties at the house but I embarrass them terribly. My wife says I just “jog awkwardly” when I dance. I agree, I’m terrible; maybe that’s why I love to watch it so much. In my opinion, dance is the most powerful art form when communicating an emotion. I stand in reverence and awe at highly disciplined dancers and what they can achieve. I’m not too fond of highly technical dance, rather I like the raw styles like contemporary and modern. I love the emotion in Krumping and especially in an agonizing Spanish flamenco dance.

SRM: Flamenco is intense, oh yes. What else would you recommend any artist trying to emulate the Conte Animation style?

RYAN J WOODWARD: My approach is a little different than most figurative styles. I like to include a lot of exaggeration and creativity to the figures. Getting the basics of proportion, light and shadow, etc. are great, but then when you add in a little bit of creative personality, that’s when I feel like I own the drawing and I’m not just replicating what my eyes are seeing. So use some creativity and enjoy the process!

SRM: Perfect advice. You have been working for characters and blockbuster movies such as The Avengers, Cowboys & Aliens or hit sagas such as Iron Man, Spider-Man, and classics such as Where The Wild Things Are, The Scarecrow or The Iron Giant. Please, Ryan, I would love if you could tell us a bit about your work in Cowboys & Aliens.

RYAN J WOODWARD: Awesome movie.  When they first called me, I was wondering if it was a comedy or some kind of goofy kid’s movie. But then after getting into the script and meeting with the director, I realized this was going to be a VERY COOL and dynamic movie. The idea of placing the audience in a western, filming it like a western, and then introducing aliens….can you think of anything more fun to create? I helped to develop some of the action moments when the cowboys fight the aliens. It was really challenging to keep my mind in the film-making approach of a Western, but throw in some space ships and aliens.

SRM: It really was very cool. You’ve also written and directed three shorts: TheTurtle and the Shark, Aliens and The Loch, which received great reviews in the festivals circuit. Do you think artists such as story-boarding artists and animators have an inherent tendency to create a full story, from scratch, and hence become writers and directors? Is it very difficult to keep oneself compartmentalised in one particular role?

RYAN J WOODWARD: Every artist has their long term goals and what they want to do with their craft. I’ve always liked to learn as much as I can about the entire production process because I do see myself creating and animating my own stories one day. I can’t speak for all artists because I know some artists are very satisfied becoming the best at their particular skill and they become masters of that. For me, it seems after I’ve learned and have become successful at one skill, I then start to yearn to learn another. So I’ve gone from animation to EFX animation, to digital EFX, to animatics, to compositing, to story-boarding, and now to directing. Who knows what’s next.

SRM: You also worked on the neat title design for Osmosis Jones and one I love, too, is the main title sequence you did for Batman Beyond: Return of the Joker, which was sadly cut. Is it true it only took you two weeks to make? Do you have any special techniques to keep track of the overall visual effect when working on each separate frame?

RYAN J WOODWARD: Yeah, I drink a lot of caffeine 🙂 Production deadlines are never long enough to do the job you really want to do on a project. They always want things faster and cheaper and high quality which is a formula of three. Even though this is an impossible formula, I can’t help but strive to give each scene all I have. Not because I’m getting paid extra or anything, but because I really want it to be AWESOME! That passion can really kill me at times because I’ll invest all I have, and then a director may not like what he/she sees.  Then I go home and sob in my pillow for an hour 🙂

SRM: Ah, the secret tortured life of the artist… What other blockbusters have you worked on?

SRM: And what about your own projects? What’s new? Do you ever rest?

RYAN J WOODWARD: My latest monster of a project, Bottom of the Ninth started as a fun idea and snowballed into an animated graphic novel for the iPad and iPhone. It got the BEST ENTERTAINMENT APP OF 2012 Award. I’m also enjoying traveling to festivals lecturing about this stuff. The people I’m meeting all over the world is really inspiring to me.

SRM: Bottom of the Ninth, looks awesome! Thank you so much again for collaborating in this interview. I’m including the links to your official sites for the enjoyment and inspiration of readers and adding the trailer for Bottom of the Ninth. Looking forward to watching your phenomenal work in all upcoming projects!

RYAN J WOODWARD: Thanks.  I really appreciate it.