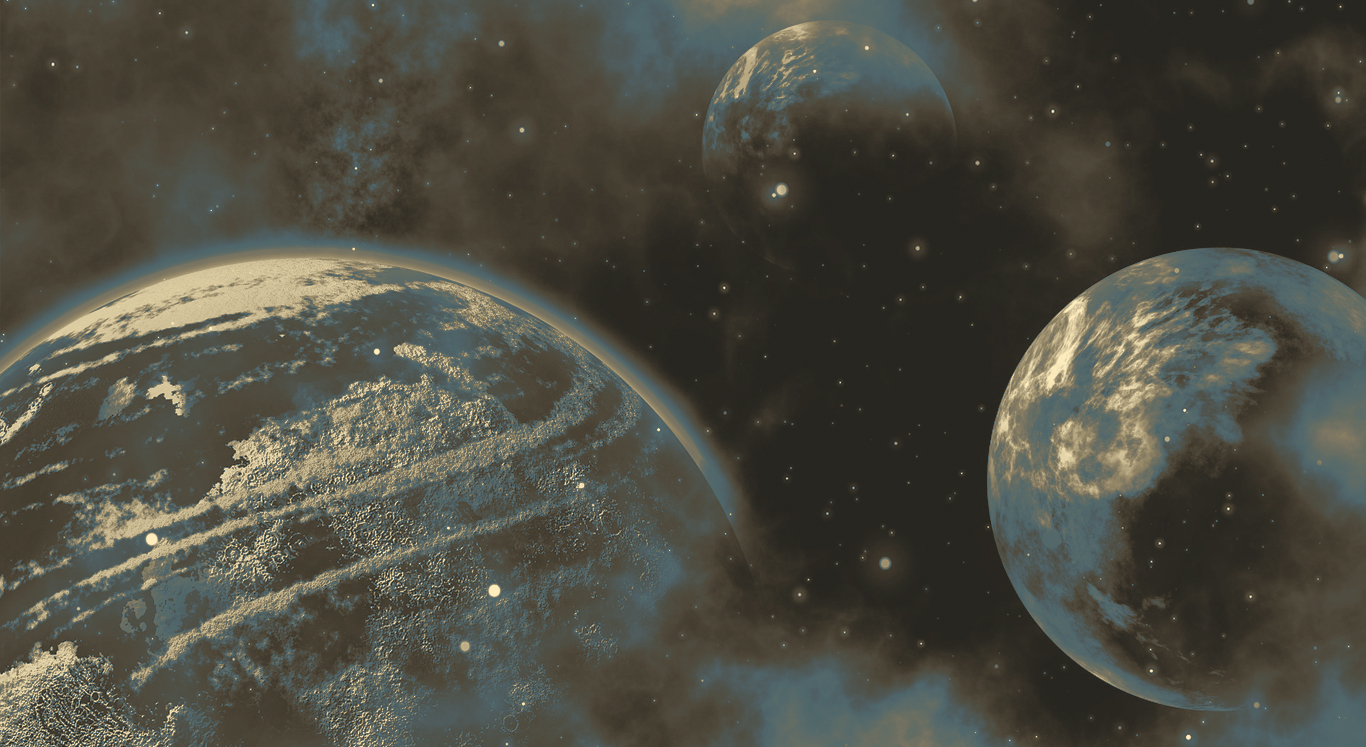 Since the study of quantum physics began in 1900, when physicist Max Planck’s investigation on radiation yielded findings that contradicted traditional physical laws, there have been several proponents of theories on parallel universes and extra dimensions.

Princeton University doctoral candidate Hugh Everett came up, in the 50s, with his Many-Worlds theory in response to the question ‘Why does quantum matter behave erratically?’. In this theory our universe would give life to an infinite number of identical parallel universes, universes where, for example, our wars would have diverse outcomes and our history, overall, would either be slightly different, or radically different.

Around that time physicist Werner Heisenberg suggested that we affect the behaviour of matter just by our observation of that matter, theory supported by the Danish physicist Niels Bohr, who added that all quantum particles exist in all of their possible states at once. From their view is gathered that perception itself creates our perceived reality, thus different types of perception generate different alternate realities.

More recently, the Japanese-American physicist Michio Kaku proposed a theory called String Theory whereby is described that all matter as well as other physical forces in the universe, exist on a sub-quantum level. This sub-atomic level consists of building blocks that resemble tiny rubber bands (or strings) which make up quantum particles. Quantum particles then turn into electrons, atoms, cells and so on. Kaku says that the kind of matter that is created by the strings and how that matter behaves depends on the vibration of these strings and that that’s how the entire universe is composed. This composition of the universe takes place across 11 separate dimensions, according to String Theory.

From all of this we can easily deduct that Quantum Physics is closer than any other field of study to explain what, up until now, was deemed as the result of chemical alterations in our brains, or just unexplained phenomena.

Weirdly enough, the aforementioned theories are defended as against each other, and I say weirdly enough because, after years of study coupled with personal experiences, I have come to the conclusion that they could all well be true.

Kiku’s String Theory points at the design of matter by different levels of vibration. It would not be far-fetched to deduct that it is within these levels of vibration, what are called dimensions, that parallel universes are formed. But how would this all work? You may ask…

All right, let’s consider that the strings or building blocks may be the stuff that consciousness is made of. We know that consciousness, in order to feel ‘conscious’, would have to generate perception, for perception is our interpretation of what we believe to be separate from us. Hence, in order to generate perception consciousness must split into different parts. The splitting process would be produced by vibration. As we know, different vibration frequencies generate different vibration fields. These are what form a set of diverse dimensions, within which the different types of matter and the forces that bind that matter are created. From these we now have points of perception. It is through all these points of perception that consciousness perceives and experiences itself as such. This perceiving and experiencing generates thought which in turn becomes another point of perception for unlimited scenarios, same as the action that thought produces. Those would be our infinite parallel universes or many-worlds.

And so this is how Kaku, Heisenberg, Bohr and Everett could all have rationalised different parts of the same theory.

How can we then explain strange phenomena, the visions resultant from an altered perception and even many dreams? An explanation to which a lot of thought and reflection has been given is the fact that in order for a type of perception to subsist solidly is that all others must be excluded from awareness/attention. A slight shift in awareness/attention, whether conscious or unconscious, would send a call, like a ripple effect, into other realm, a call that would be picked up by another part/s with the same propensity for awareness/attention shifting. This ripple effect is what may cause rifts in the fabric of a solid perception and these rifts can be reduced (time-space portals within one perceived world), expansive (time-space portals between worlds) or total (portals between dimensions).

All creatures (all matter and the force that bind it) can be responsible for these rifts at one time or another. How do we know how inclined we each are to shift our awareness/attention from our usual perception and at what level? Maybe this quiz will help you contemplate the possibilities…