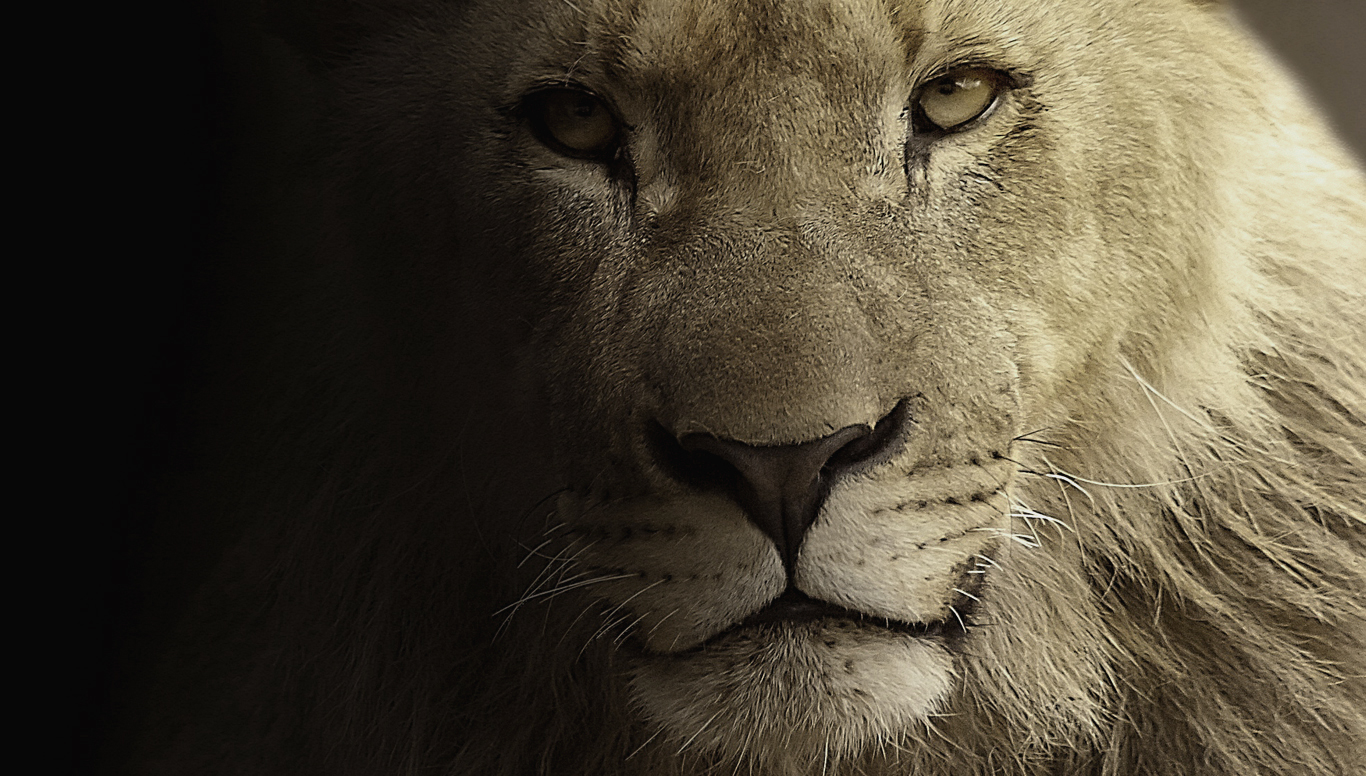 The Ultimate Survivor, the Fearless Warrior, the One on One Fierce Fighter, the Conquering Rebel or the Humanitarian Hero?  Find out what type of ‘badass’ you are by taking the quiz, but first, here are the available results, embodied by real life historic and/or famous ‘badasses’. Fun and knowledge… served!

All the Results Available in the Quiz

On Dec. 24, 1971, a Peruvian commercial airliner crashed in a thunderstorm over the Amazon, killing every one of the 92 crew members and passengers aboard, except for one person… High school senior Juliane Koepcke fell a total of 2 miles from the sky into the Amazon rainforest strapped to her seat — and walked away from the accident. For 10 days. Through the jungle. With a concussion, a broken collarbone, and a hole in her right arm. Then she met up with some local lumberman and took a canoe home.

In 1961, Rogozov developed peritonitis, meaning that he would have to get his appendix taken out or die. The problem? He was the only doctor stationed at the Novolazarevskaya Station in Antarctica at the time, the nearest help was a thousand miles away, and a massive blizzard was forming, which meant that he would have to perform the appendectomy on himself. With two non-medically trained researchers standing by to pass him tools, Rogozov used a mirror, some novocaine, and a scalpel to remove his appendix over the course of an excruciating two-hour operation. In 1961 he was awarded the Order of the Red Banner of Labour, which is some cool Soviet award for being a total badass.

Tomoe Gozen was an extremely rare thing: a female samurai warrior. Here is what a historical account of her says: “Tomoe was especially beautiful, with white skin, long hair, and charming features. She was also a remarkably strong archer, and as a swordswoman she was a warrior worth a thousand, ready to confront a demon or a god, mounted or on foot. She handled unbroken horses with superb skill; she rode unscathed down perilous descents. Whenever a battle was imminent, Yoshinaka sent her out as his first captain, equipped with strong armor, an oversized sword and a mighty bow; and she performed more deeds of valor than any of his other warriors.” High praise indeed for a male dominated nation, in the 13th century.

“Mad” Jack Churchill’s two claims to fame are his motto — “Any officer who goes into action without his sword is improperly armed” — and the fact that he took his motto really seriously. To prove this point, he fought throughout the entirety of World War II armed with a longbow, arrows, and a Scottish broadsword. In July 1943, he led his commando unit from their landing site in Sicily with his broadsword hanging from his belt, his longbow and arrows around his neck, and his bagpipes under his arm. After infiltrating the town, he took 42 men prisoner, including a mortar squad. When the war was over, Churchill was totally bummed out about it, remarking, “If it wasn’t for those damn Yanks, we could have kept the war going another 10 years”.

The One on One Fierce Fighter

He was a kensei – a sword saint. In Japan, this word was used to refer to someone so badass with their sword that they were believed to possess preternatural abilities. In his lifetime he fought over 60 duels, and won them all. He was trained in swordsmanship at the Yoshioka ryu school – a school he later singlehandedly destroyed. His first duel was at the age of thirteen and after that he basically wandered the country fighting as many people as possible, regardless of the weapon they wielded. At the age of thirty he had his most famous duel, against Sasaki Kojir? (The Demon of the Western Provinces). Sasaki Kojir?, fighting with a two handed sword, was defeated very quickly by Musashi, who fought with a little wooden staff, he carved in the boat on his way to the fight. Sick of fighting (and suffering from ill health) he retired to a cave to live as a hermit and write books. He died kneeling, with one hand on his sword and the other on his walking stick.

When a residential burglar fired a gun at 90-year-old Jay Leone, he was initially too angry to realise he had been shot in the head, he testified in court. “To tell you the truth, I never felt a thing”-he said-“I said, fuck you, you son of bitch, now it’s my turn”. Whereupon he shot five bullets at the, now convicted, suspect with his 38-caliber Smith & Wesson snubnose revolver, hitting the burglar three times in the abdomen. A scuffle ensued between the wounded men.
“Then he took the gun and put it to my head – click!”-said Leone, who knew there were no bullets left in the gun-“And that was the end of it. He ran away”

Born in Bihar, Eastern India, was an orphaned commoner who changed the face of India and forever altered its history, by clawing his way from the slums to forging one of the most expansive Empires in India’s history. Not only did he command nine thousand war elephants, fifty million people and an army of thirty-six thousand – he also had one of the most badass (and awesome) bodyguard units ever. His personal bodyguard unit was made of up more than five hundred Greek and Indian warrior women. In order to destroy the Nanda empire, Maurya simply grabbed a bronze sword and singlehandedly stormed the palace. He was captured and jailed, but escaped – further cementing his place in history as a badass. Ultimately, he went on to destroy the ruling dynasty and put into place the long lasting Maurya dynasty.

She was a Spanish heroine who defended Spain during the Spanish War of Independence, first as a civilian and later as a professional officer in the Spanish Army. She became known as “the Spanish Joan of Arc”. When war broke out in 1808, she took a basket of apples to feed the gunners. When she arrived she saw the Spanish soldiers take heavy losses to the French army, causing the Spaniards to flee. Instead of running away, like them, Agustina ran to the cannons and began to defend her town on her own. The sight of her doing this gave the Spaniards the courage to return and help. After a bloody struggle, the French gave up the assault on Zaragoza and abandoned their siege for a few short weeks, before returning to fight their way into the city. After being captured by the French, she was imprisoned but she subsequently mounted a daring escape and became a low-level rebel leader for the guerrilleros, helping to organize raids and attacks that harassed the French. On June 21, 1813, she acted as a front line battery commander at the Battle of Vitoria. This battle was to see the French Army that had occupied Spain under the command of Napoleon Bonaparte, effectively smashed beyond repair and driven out.

Irena Sendler operated in the Polish underground by visiting the mothers of Jewish children, begging them to release the children to her in which many did. These Jewish children were smuggled out of the ghettos of Warsaw to safety from the Nazi’s hands. She smuggled infants and children via ambulances disguising them as packages, hiding them in suitcases and other creative ways while posing as a nurse. Sendler and her assistants created as many as 3,000 false documents to aid these Jewish children with new identities and placed them in convents, Polish orphanages and other “safe houses”. The names of the children and their parents were hidden in jars so they could be reunited with each other later, but most did not because the parents did not survive the brutality of the Nazi regime. In 1943, Sendler was arrested by the Gestapo and was severely tortured and sentenced to death. She escaped death due to bribery of German guards but had to live in hiding for the rest of the war. During one torture session alone, she suffered broken legs and feet, but she refused to reveal who her helpers were and where the jars of life were hidden. Sendler helped around 400 adults escape before she even formed the underground organization which aided in these escapes.

A 17-time World Champion Soviet Armenian finswimmer, rescued single-handedly 20 passengers, after breaking the back window, with his legs, of a trolleybus with 92 passengers that had crashed and sunk 80 feet to the bottom of a reservoir. The multiple wounds he received from this rescue and the fact that he was unconscious for 45 days afterward effectively ended his sports career, but he’d already found a new calling as a superhero: Ten years later he ran into a burning hospital and saved the people trapped inside.